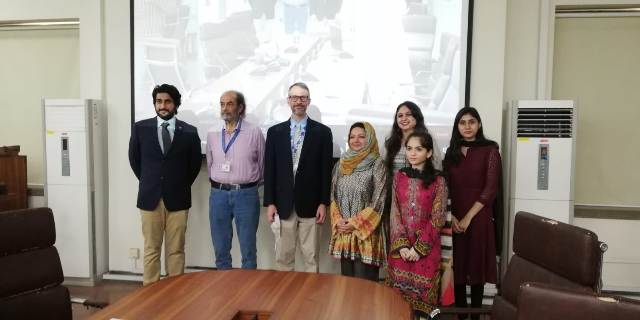 The chief guest congratulated the council for their work and wished them all the best for their future events. Dr. Jahangir welcomed the members to the organization while Dr. Hassan and Dr. Trimble were proud of the council initiating the Punjab Chapter of ACS and were glad that Forman Christian College is the representative institution for starting this chapter. Dr. Trimble also added in his speech that he believed that for the development of a country, it is important that scientific knowledge should be spread, and children, especially students should be made aware of the opportunities the field of science presents to them. 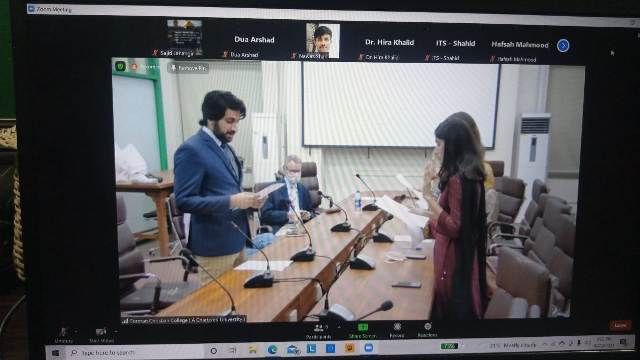 The oaths taken by the council included that they would serve others and do their best to fulfill their responsibilities as well as they could. The president also hinted in his speech that the future events would include interactions with high school and college students through conferences and other events in which they would be informed of the latest technological and scientific discoveries around the world.

In the discussion followed by the oath-taking ceremony and the speeches, the council assured everybody in attendance, that the ACS Punjab Chapter will not be limited to chemistry but will include academic progress and development of all natural sciences. Indeed, the council itself consists of members from different fields including Chemistry, Biological Sciences, and Biotechnology. Dr. Hira also added that the extended local council to be formed soon will also include people from all branches of science.

The ACS Punjab Chapter is an initiative taken to embark the potential of Pakistan and extending networking with students and professionals from all over Pakistan, headed by Dr. Hira Khalid and the council. The council is determined to nationalize it all over the country and make a great name for itself in the near future.